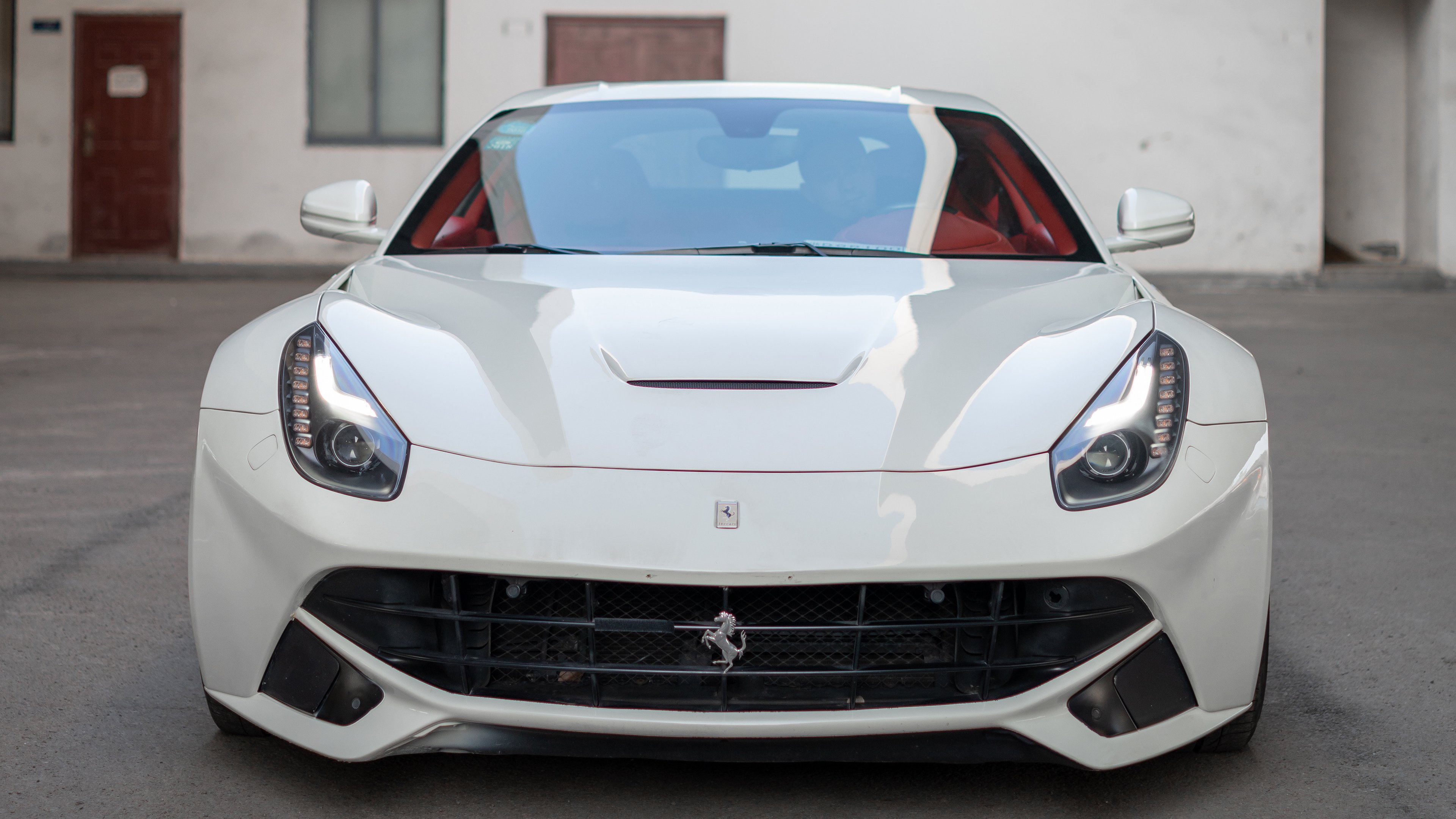 Mei Lanfang was born in 1894 in Beijing, a family of Peking Opera. At end of the Qing Dynasty of China, show the status of sub-equivalent to a prostitute. Mei Lanfang's grandfather even though梅巧玲appreciated by the court, because his is a woman, must be half-naked in the stage performances. Satisfied at the audience after梅巧玲received only scorn. Mei is growing up in such a home, and with his grandfather, also play a woman. Mei Lanfang's uncle told him that the court there is a penalty, is to commit the fault of actors put on one side of paper to do the yoke, lift the two hands holding a bowl of water, paper torn yoke, and who will be fined chaos club was killed. One paper shackles became a symbol of the fate of art people, they were faced with all sorts of chaos at any time and killed the possibility of stick, of course, is their middle Mei one.

Mei never thought his life was the first competitor that has three generations of family and friendship Mei-old artist Yan thirteen. Yan were thirteen full time in Beijing, Mei Lanfang has not yet been born, he was sub-court drama, but also ordinary people are heroes, but time has changed. The emergence of Mei Lanfang, has shaken the status of Yan thirteen, because of the wave of revolution, women's liberation, women play a Man Mei became the object of Youth chasing each other. Brightly at him, the thirteen-yan eclipsed. Therefore must stop the inevitable, such as white on the Mei Lanfang Qiu Say: Your time is up.

Mei first lose. He can have two days to restore the lost game. Regardless of public opposition, Mei Lanfang was at great risk to his new play fashion, the outcome has been put aside, winning or losing does not matter, he has a great mind to prove that they are the darling of the time. Thousands of young students at a few stocks, the Mei Lanfang's new play great success. The third day of competition become meaningless thirteen Yan lose. When Mei-yan of thirteen entered the house, want to persuade him to give up the third day of the performances, it was the thirteen-yan refuse. Mei seems to feel that the thirteen-yan indisputable is the same as what is called dignity. But if he continues singing, the failure of thirteen Yan will be tragic and cruel. He must make a choice.

Thirteen-yan said a word: "losers do not lose face, lose face before fear." Mei Yan thirteen to comply with the decision, he calmly at ease on stage曼舞song, sang: Flower Flower Feifei hsieh sky, red extinction Shannon pity anyone off. He is the Grandfather of thirteen唱给Yan him to hear, as if for his deep love for old time sang a dirge.

Mei left before his death give one word, "I hope you will be properly promoted伶人about the status."

Mei gradually into middle age, he has his wife, Fu Chi-fang and lovely children, his career zenith, the name spread all over Asia.

Opera on stage at the specialized female artist to play the Man孟小冬Mei first saw him on to see through the eyes of melancholy. Open character of her hearty infected with Mei Lanfang, in their exchanges, Mei will be their own good words too scared to live, also with every孟小冬laughter and laughter. Them to the stage to perform at the show will become a woman, man, woman becomes man, and they have a start put their own together with the other rubbing the desire to share.

At this time,孟小冬go before there is not only the wife of Mei Fu Chi-fang, such as Bai Qiu more. Fu Chi-fang of孟小冬said that he was not you nor me, and his son are Block (the audience) is. Qiu said孟小冬such as white-on, who ruined the lonely Mei Lanfang, Mei Lanfang will destroy. Fu Chi-fang, then moved孟小冬, and Qiu such as white, then destroyed the孟小冬. But still孟小冬Say, No, I do not give up the Mei Lanfang.

But she has already decided to give up, in order to Mei Lanfang.

Farewell to the time, but someone posing as the lover孟小冬, manslaughter of the guests, an assassin, I have been hearing from the military and police killed.

孟小冬to the door of Mei Lanfang, said Wan-hua, Do not worry, I left.

Mei Lanfang was in this state of mind under Pathetique onto Broadway stage in New York. He braved the huge risk of failure, in January 1930 at the Great Depression in the snow to a female identity, Oriental beauty and sad to dance with the West in terms of days like the sound of the voice, light relief cry to sing, her charming and刚勇, sadness and happiness, set to become an aesthetic. His performance was a huge success.

孟小冬left at his last letter said that if you are in New York before the performance to see the letter, I still was: Wan-hua, Do not be afraid.

Mei precisely premiere in New York the night to know the truth of the matter. Qiu are white in order to prevent such as Mei Lanfang孟小冬approached and hired assassin, forced to leave the Mei Lanfang孟小冬.

In 1937, Japanese soldiers to induce him to persuade the stage Mei said that you can not Mei.

Mei to go to Shanghai, because the Japanese aggression against China, he decided not to stage performances, such as white and Qiu said, should the German occupation of Britain, the United Kingdom on his Shakespeare Forever not it?

Mei repeatedly rejected at the Japanese army sent him to perform on the invitation, but was surprised to hear his message of imminent comeback, and the face of the public the message that is anonymous such as Bai Qiu. He expressed the hope that Mei Lanfang Forever stay on the stage.

When Mei Lanfang needle injected with typhoid fever, has played a beard as he prepared to embark on a Japanese press conference rostrum, he only said one sentence gently: My Grandfather thirteen Yan, let me give a little for the status of the Singing Opera. Then passed on the halo.

Friends such as Mei Lanfang Qiu Mei white bed stand. Mei Lanfang with him for decades to get along like brothers, and even seems to have become the enemy of Mei Lanfang. Chiu suddenly discovered such as white, in order to know Mei Lanfang, has spent a life time. Mei he said: now I see, you want to do a mortal, perhaps you have is a mortal ... ...

Finally win the war ushered in, Mei has returned to the stage, he was most reluctant to leave the place.

Mei Lanfang, wearing shackles of living a lifetime of paper, but he frankly accepted it. He used all the courage to face by the people's love. He has conquered the birthright of shame and fear.

When he had not the obstacles, everything is no longer a barrier.

Wan-hua, Do not be afraid.

A biopic of the legendary Peking opera singer, Mei Lanfang. Synopsis: Mei Lan Fang was born to a family of Beijing Opera performers in 1894. At the end of the Qing Dynasty, the social status of opera performers was equivalent to prostitutes of that time. Though his performance was appreciated by many, his feminine roles received disdain. Mei Lan Fang incurred the wrath of veteran performer and family friend Shi Sanyan. Mei Lan Fang’s outstanding performance captured the love and admiration of the young audience and this threatened Shi Sanyan’s prestigious status. With Mei Lan Fang overshadowing him, Shi Sanyan launched a duel with Mei Lan Fang. Mei Lan Fang was unwilling to continue the duel with Shi Sanyan as he knew he was leading and that Shi Sanyan was just fighting for his dignity. However, Shi Sanyan was adamant on competing till the end, and as a result, he was defeated and died. With Shi Sanyan’s demise, Mei Lan Fang feared that he would end up the same way. He went on with his life and married Fu Zhifang. Not only he built a family, he also built an esteemed career that made him famous in Asia. Upon invitation, he went to perform in United States and met a fellow actress, Meng Xiaodong, who performed masculine roles. Mei Lan Fang was attracted by her open mind and humour and they became confidantes. Fu Zhifang interfered in the blossoming friendship, thus resulting in Meng Xiaodong’s decision to leave Mei Lan Fang. Despite the loss of a confidante, Mei Lan Fang continued to do excellent portrayals in his performance, thus winning the hearts of Western audience. In his whole life, Mei Lan Fang lived his whole life in the paper cangue and calmly took it for granted. He won people’s love with a bravery to confront all calamities. He conquered the shame and fear he was born with. When he himself was no longer an obstacle, nothing would be.